The Comet Fuel Saving for Commercial and Recreational Marine

THE FITCH® FUEL CATALYST SAVES YOU SIGNIFICANT MONEY AND IMPROVES THE ENVIRONMENT.

WHAT DOES LARRY DAROSA, FLEET MANAGER OF TRADITION MARINER LLC, SAY ABOUT THE FITCH FUEL CATALYST?

“Our friends at Tri Marine recommended the Fitch Fuel Catalyst system to us after conducting their own tests using engine dynamometers, electronic load banks and fuel meters to measure the efficiency improvements. They reported between 4 and 7% savings on fuel consumption and drastic reduction in their carbon emissions. As a result, Fitch catalysts are now satisfactorily installed on the mains and generators of ten of their large purse seiners operating from American Samoa. Following this advice, we have completed installation of Fitch units on 3 of our vessels and plan to equip the remaining ones as quickly as possible”.

The Fitch Fuel Catalyst diesel reforming device can be easily installed by your mechanic.  The catalyst reformulates diesel as it passes through the device allowing more energy to be produced per gallon of fuel.  The engine converts the chemical energy in the fuel to mechanical energy in a more efficient and complete manner. The engine power is increased, toxic emissions per unit of diesel are decreased and fuel efficiency improves. The Fitch Fuel Catalyst has no moving parts and is thus maintenance free. It is warranted for 500,000 miles or 10,000 operating hours, 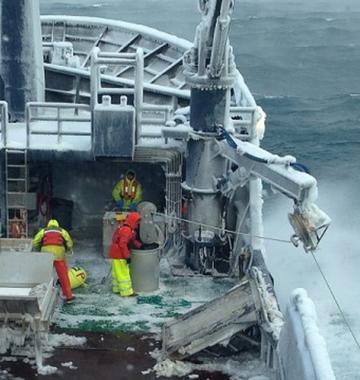 We are in our 2nd Bering Sea crab season with a Fitch Fuel Catalyst installed on our vessel. Many of us on the Pinnacle crew own our own salmon boats that have also been equipped with the Fitch.  The overall consensus, we are definitely all saving money on our fuel because of Fitch. We recommend Fitch to anyone interested in reducing operating costs and emissions.

As fuel costs increase and markets fluctuate, vessel owners are seeking new and innovative technologies that can save money, reduce maintenance costs, and help improve the environment that supports their industry.  The Fitch Fuel Catalyst is one of these proven technologies. It has been validated by independent test labs, in the field, in a University Lab under a U.S. Defense Department grant and is already installed on over 500 ships along the West Coast, Alaska, Canada and Asia including the entire fleet of the largest operator in the U.S Distant Water Tuna Fleet-Tri Marine Management. 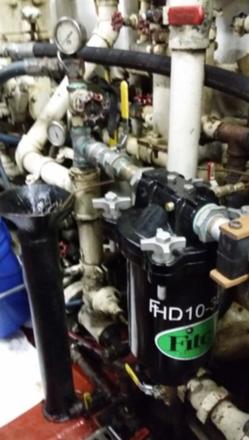 The Fitch Fuel Catalyst is installed on both of our fishing vessels – the Courageous and the Baranof.  Since beginning our 2014 season, these vessels have reported reduced fuel consumption of 50 to100 gals/day, as well as cleaner centrifuges.  This calculates to a 7% - 9% fuel savings on a daily basis.  We are very satisfied with the performance of the Fitch Fuel Catalyst. 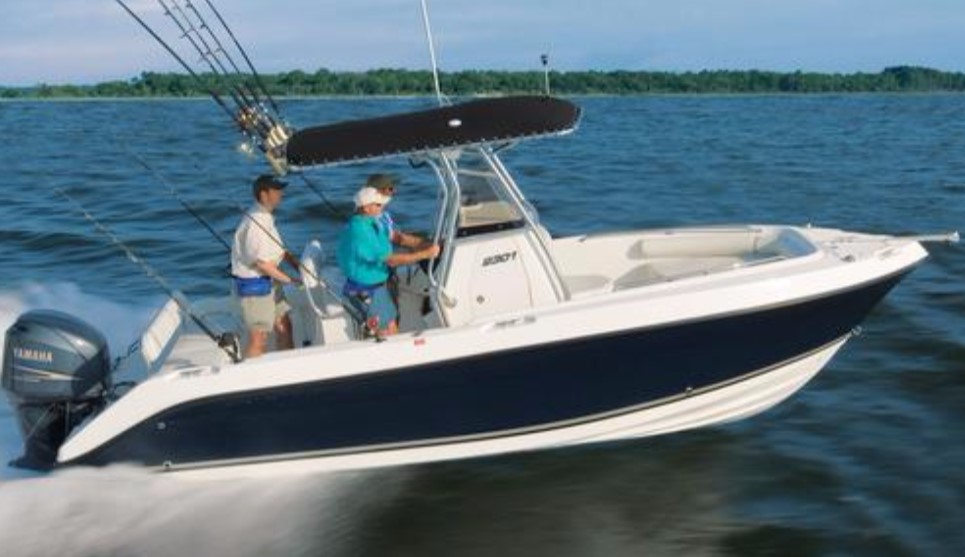 The Fitch Fuel technology is installed on over 15,000 pleasure craft around the world. Installation can be as simple as dropping the product into the fuel tank in the case of smaller craft, such as a runabout, or for larger craft, such as a sport fishing boat, installing it on the fuel line. “Drop in” units cost as little as $52.95. “In line” units can range in price from $242.95 to $5,807.00 for large vessels.

Installation will not affect your engine or generator warranty. The product is warranted for 5,000 operating hours.

I've been using the Fitch Catalyst in both my Harley and Bass Boat for several years now and the benefits are incredible. First with the Harley its a 1992 FXR and I have had the Fitch system in it for 6 or 7 years. It has improved my performance and fuel mileage of the bike. The boat was a Ranger R72 Bass Boat and its been about the same time frame for it. Now with the New Ranger 2013 Z119 I have also added the Fitch system to it and again better fuel mileage and performance. The most important thing with both the bike and boat is this time of year. As winter approaches and most of us that have boats, bikes or other water craft have to start thinking about winter storage its several hundred dollars to get these things winterized. Well with the Fitch Catalyst System you do not have to worry about using stabile in the fuel system. Simply store your boat, bike or whatever and it will be fine come spring time. I've done this for years now and never had a problem thanks to Fitch. I would highly recommend there products to anyone who has to store their toys for the winter. For once a company has put out a product that does what they say it can do!